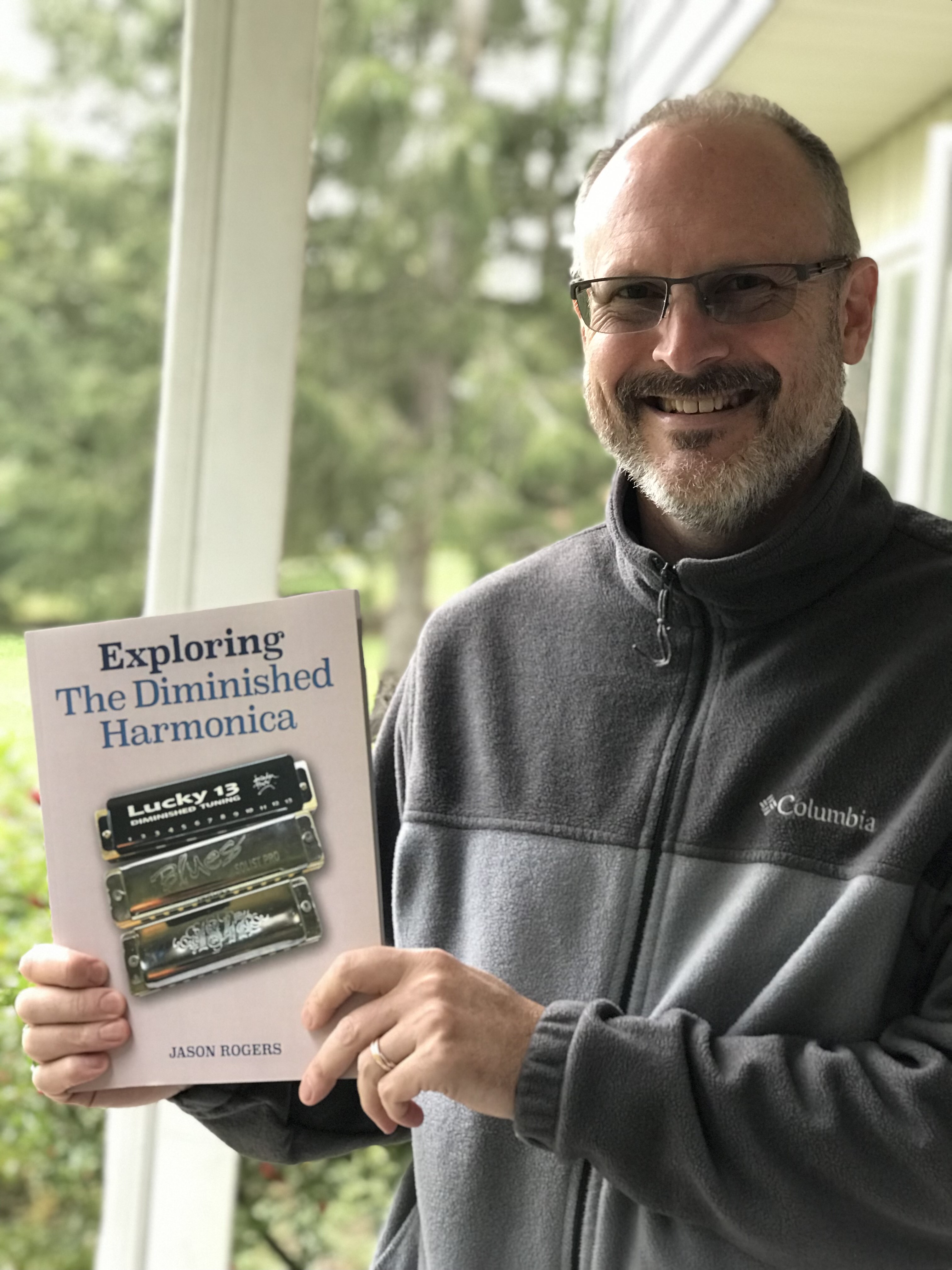 Jason Rogers graduated with a MM from the New England Conservatory of Music in 1994 with a focus in trombone and is listed in Who's Who Among Students in American Colleges and Universities.

He is the author of the harmonica instruction book "Exploring the Diminished Harmonica" and is co-author of "Primacy of the Ear", by Ran Blake.

He toured Europe with his own quartet in 1993, and played at the Montpellier Jazz Festival and on French National Radio.

He also plays New Orleans jazz, and has played with Mudsole, Jimmy Mazzy, Billy Novick, Doreen and Laurence Ketchens, Made In The Shade and Mickey Bones.

Jason studied microtonal music with Joe Maneri (72 notes to the octave) and, with trombonist Jonathan Dimond, performed the world premier of "Duet for Trombones," a microtonal composition by Julia Werntz, at the Brandeis New Music Series.

Jason currently teaches harmonica and improvisation for all instruments.